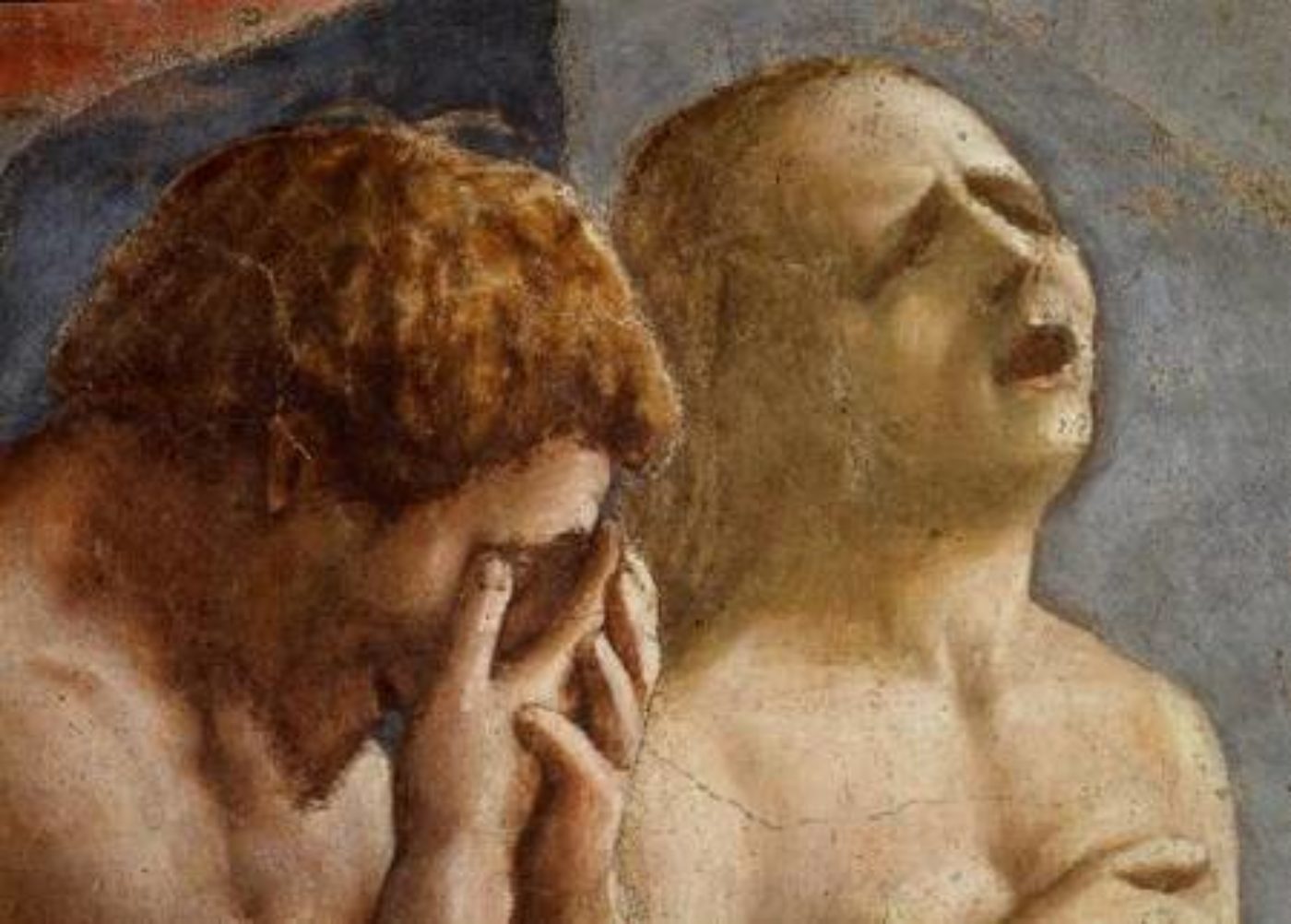 “Man is an amalgamation of dignity and depravity, a glorious ruin.”
-Dan Allendar

Years ago my pastor gave an illustrated sermon explaining what happened when humanity went from Good to Defiled. He stepped up to the pulpit and read from Genesis Chapter 1, then expounded on creation and the unmistakable love for the Created that went into it.

As he did so, a painter slipped onto a stool next to him where a large easel had been placed, and began painting a lovely, spacious meadow scene in oils.

The artist was unusually skilled, so we could barely concentrate on what our pastor was saying as trees, lake, midday sun, tall grass, and blue/red sky sprang up in front of us.

Then, just as the painter put his finishing touches on the canvas, our pastor pulled a pan of black paint out from under the pulpit, dipped both hands into it, then turned to the easel and smeared them all over the freshly
created scene.

The congregation’s reaction was almost violent. We booed, gasped, and shouted “How could you!”, outraged as we saw ugly black smears defacing what had been so carefully and tenderly created. Much of what had been beautiful still was, of course, but some of it was completely blotted out, most of it was marred, and none of it could ever be the same. The ruin
was complete.

Never had I seen the concept of The Fall so well expressed. Through Adam’s disobedience and Eve’s deception, there went the human family, still beautiful but defaced; still existing but marred, never in this life to be all it was meant to be.

What struck me most, though, was the sympathy we all extended to the artist. Here he’d just created beauty, only to have it permanently desecrated by one man’s action. Most of my life I’ve viewed the Fall from Adam and Eve’s perspective – how awful it must have been for them; how terrible the consequences – but this time I saw it from the Creator’s perspective.

God had perfect intentions for a race exquisitely formed, and now had to witness His handiwork brutally smeared. Instead of weeping for Adam and Eve and the consequences they and the rest of us would face, I finally wept for the Artist over the assault on His handiwork. And for His broken heart.

“It’s not about me” is a phrase I have to drill into my balding head ad infinitum. The tragedy of physical decay, strained relations and unrestrained evil is not just My tragedy, it’s His, and hugely. It was His plan, after all, that was thwarted that miserable day, and daily He witnesses the aftermath.

I may, as a son of Adam, live and breathe sin’s impact, but I can hardly appreciate how far my life really is from what it was meant to be. I wasn’t in Eden, I’ve never known sinlessness, and I can’t fathom what life was like before the Fall, so the full weight of the difference between where we are and where we should have been escapes me.

But seeing through a glass darkly isn’t the same as total blindness. I can pray for God’s viewpoint of this fallen world and my fellow sinners, and as He graciously gives me glimpses of His perspective on all this, I can better appreciate what it’s like for Him, not just me, after the fall.

It also goes without saying that, along with this appreciation, there comes the even more earnest prayer – Come quickly Lord Jesus – that we all breathe out when we’re hungry to shed the sin nature and be clothed, once and forever, in righteousness, finally re-becoming the painting He envisioned and began so long ago.